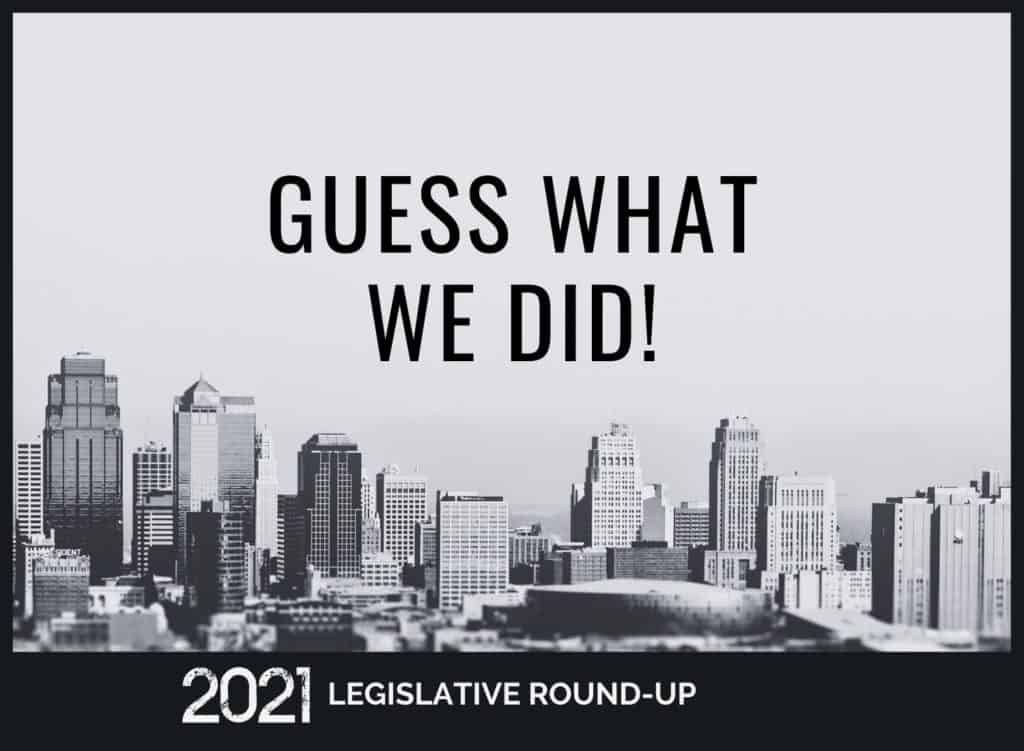 This round-up of what happened during the sessions across the country, is helpful to you. It’s a true testament to the courage, and tenacity of you all, who are never going to take no for an answer, and the progress we are making against the use of solitary confinement.

New York’s bill (S2836) —known as the Humane Alternatives to Long-Term Solitary Confinement Act (HALT)—has been signed by the Governor. The Act, which applies to all prisons and jails, prohibits solitary – “segregated confinement” beyond 15 consecutive days, restricts the conduct that can result in solitary or alternatives, and expands the definition of segregated confinement to include any form of cell confinement for more than 17 hours a day. The Act also prohibits solitary entirely for people aged 21 or younger, those aged 55 or older and those who are pregnant, are new mothers, or have a disability. Further, the Act requires any alternatives to solitary to generally provide people with access to at least seven hours of daily congregate out-of-cell programs and activities, including access to programs and work assignments comparable to the general population. Even in solitary, people must have access to at least four hours of daily out-of-cell programming.

It also permits people to have representation at disciplinary hearings, mandates public reporting on the use of solitary and alternatives and creates oversight by independent state entities.

In Pennsylvania, a ballot initiative in Allegheny County passed and will fully ban solitary, defined as 20 hours or more locked in – other than in facility lockdowns, emergencies up to 24 hours, or for voluntary protective custody up to a maximum of 72 hours during which time jail staff would need to arrange for less restrictive conditions that ensure the person’s safety. In addition to restricting the use of solitary confinement, the ballot measure would require the jail warden to produce monthly public reports on instances when temporary solitary or lockdowns are employed.

A disappointing set-back came from Connecticut where SB1059 – the PROTECT Act – was passed in both the Senate and in the House but was vetoed by the Governor, who instead issued a much more limited executive order. The PROTECT Act would have prohibited solitary confinement beyond 72 consecutive hours or 72 hours within any 14-day period. The bill also defines solitary as being locked in a cell alone or with other people for more than 16 hours a day and would have required that people outside of solitary spend at least eight hours out of their cell each day. The bill would prohibit solitary entirely for people who are 21 or younger, 65 or older, with a mental or developmental disability, with a serious medical condition, with auditory or visual impairment, who is pregnant, postpartum, or recently suffered a miscarriage or terminated a pregnancy. Moreover, the bill substantially restricts the use of restraints, creates stronger protections for access to contact visits without restraints, requires public reporting, and creates an independent and relatively robust ombudsperson.

Additionally, in Florida, all three of the bills that were introduced in 2021 related to solitary confinement failed to pass. Senate bill 542 would have fully prohibited 22-hr/day solitary confinement, prohibited 20-hr/day restrictive confinement for more than 15 days and for purposes of noncompliance, punishment, harassment, or retaliation for a person’s conduct, and restricted the use of restrictive confinement for young people, LGBTQI people, and people with medical needs, intellectual disabilities, serious mental illness, and who are pregnant or postpartum. Senate bill 550 would have banned young people under age 19 from being placed in disciplinary confinement and restricted emergency confinement to a maximum of 48 hours, and HB377 would have prohibited children under age 18 from being locked in solitary confinement, placed a maximum of 24 hours on emergency confinement, required 15 minute checks and mental health evaluations every four hours, and required at least 5 hours of daily out of cell time for children in protective custody.

We commend our colleagues in Florida and Connecticut for the hard fought (and continuing!) fight.

• Kentucky banned (with exceptions) jails, penitentiaries, local and state correctional facilities, residential centers, and reentry centers from placing people who are pregnant or within the immediate postpartum period in restrictive housing, administrative segregation, or solitary confinement. This bill was signed by the Governor.

• Arkansas banned (with exceptions) the placing of pregnant people in juvenile detention in solitary confinement and prohibited pregnant people in correctional and detention facilities from more than 30 days of “restrictive housing,” which is defined as being in a cell for at least 22-hours in a day. This Act also applies to people who have delivered a child in the previous 30 days, are breastfeeding, or are under a physicians’ care for postpartum depression or any other “medically verifiably postpartum condition.”

• Tennessee redefined “seclusion” regarding children in custody at juvenile detention facilities approved, certified, or licensed by the department of children’s services, including youth development centers and enacted other related provisions. The Act provides for an initial maximum seclusion period of 2 hours, with at most two renewal periods by the facility administrator for a maximum total of 6 hours in any 24-hour period. The Act fixed a “loophole” that allowed youth to be locked alone in cells for long periods of time. The Act also prohibited seclusion for purposes of discipline, punishment, administrative convenience, retaliation, staffing shortages, or any reason other than a temporary response to behavior that threatens immediate harm. This bill passed on June 1st, 2021 and has been signed by the Governor.

• Colorado passed legislation that would restrict when deputies in Colorado’s largest jails can place a person in solitary confinement, defined as keeping someone alone in a cell for more than 22 hours a day. The bill, HB1211, prohibits solitary for young people, pregnant people, people in the postpartum period for one year, people with auditory or visual impairments, intellectual and developmental disabilities, neurocognitive impairments, and those with serious mental health diagnoses or symptoms. It requires that the Sheriff’s office seek a court order if they want to hold a person in one of those categories in solitary confinement for more than 15 days in a 30-day period and check on a person in solitary confinement in person every 15 minutes and send a medical or mental health professional to assess them every 24 hours. This bill has been signed by the Governor.

Promising progress for next year:

• Nebraska: LB 620 would cap the maximum time an individual could be held in solitary confinement or restrictive housing at 15 consecutive days. Solitary confinement is defined as confinement for 22 or more hours a day in a cell with solid, soundproof doors, and with restrictions on visual or auditory contact, natural light, property, visits, or group activities. Restrictive housing is defined as an environment with limited contact with other incarcerated people, controlled movement while out-of-cell, and less than 2 hours of daily out of cell time or 24 hours of weekly out of cell time. The bill had a committee hearing this year and remains in committee as next year’s short session includes carry-over bills from the previous session.

• Nevada: SB 187 would have required that solitary confinement only be used as a last resort, in the least restrictive manner, and for the shortest duration safely possible, and that people in solitary generally have access to programming, congregate recreation, and weekly contact visits. It also would have limited the conduct that could result in disciplinary confinement, required individualized plans created for people in administrative segregation, and required at least 5 hours out of cell in behavior modification units. The bill also would have prohibited the release of people from solitary directly to the outside community, required evaluation of policies related to vulnerable populations in solitary, and required an annual report concerning the use of solitary confinement.

• Massachusetts: H2504/ S1578 prohibits solitary beyond 15 consecutive days, generally requires people outside of restrictive housing to have at least 8 hours of daily out of cell time and provides that people in segregated confinement generally shall be offered no less than four hours of daily out-of-cell time. It also fully prohibits solitary for people aged 21 and younger or 55 and older and restricts the use of solitary for people with serious mental illness and provides they shall be put in secure treatment units, mental health watch, or general population units only, with at least 5 hours of daily out-of-cell time. It also increases reporting requirements on the use of segregated confinement. This bill was assigned to the Joint Committee on Public Safety and has 34 House co-sponsors and 7 Senate co-sponsors. There is currently no hearing date set.

• Mississippi: SB 2138 would have created the “Office of the Department of Corrections Ombudsman” and a Corrections Oversight Committee that would include people who are formerly incarcerated, other advocates, medical professionals, and others.  The Ombudsman would have been required to establish a statewide uniform reporting system to collect and analyze data, including regarding the number of people placed in administrative segregation or solitary confinement and the duration of each stay.

• Virginia: SB 1301 would have prohibited the use of isolated confinement in state correctional facilities and juvenile correctional centers, other than for the purpose of providing medical or mental health treatment. Also out of Virginia, HB 2325 would have established a statewide uniform reporting system to collect and analyze data related to complaints received by the Department, and data related to the number of people placed in solitary confinement.

• Washington State: SB 5413 would prohibit solitary – defined as being held alone or with other people for 20 or more hours a day – beyond 15 consecutive days and prohibit solitary for more than 45 total days in a year. Additionally, the bill would fully prohibit solitary for people 25 or younger, 60 or older, people with a mental, physical, or developmental disability, serious medical condition and significant auditory or visual impairment. It would also prohibit solitary for people who are pregnant, in the postpartum period, or those who have suffered a miscarriage or terminated a pregnancy. Further, the bill prohibits solitary for non-disciplinary reasons and only allows solitary if there is a substantial risk of immediate serious harm. The bill also permits representation at hearings, requires public reporting, and restricts people released directly from solitary to the community. While placed in solitary, the bill requires that people have access to education, therapy, skills-building activities, and social interaction with staff and other incarcerated people, and requires people in protective custody to have access to comparable activities and social interaction as the general population.

The progress we’ve made this year together shows the growing strength of our movement and has set us on a trajectory for future success. While there is so much more work to be done, we can be proud of the results we’ve achieved.