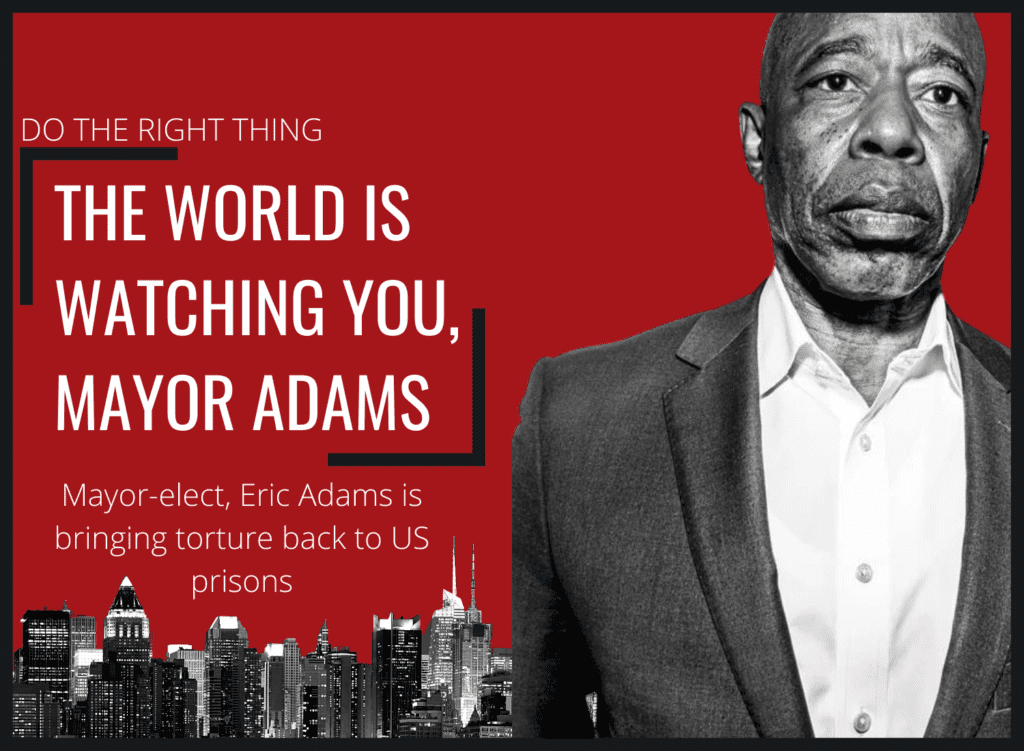 Solitary Confinement is Torture and Must End in New York City

Washington, DC — Last week, Mayor-elect Eric Adams vowed to reinstate a policy that never actually ended: the use of solitary confinement of individuals on Rikers Island and other New York City jails. After a majority of New York City Council Members urged the Mayor-elect to reverse his position on solitary, citing the torturous and deadly harms of solitary as well as the safety benefits of alternatives involving full days of out-of-cell programming, the Mayor-elect provided contradictory responses, on the one hand attempting to belittle the majority of the Council, doubling down on the use of punitive segregation, and falsely claiming punitive seg wasn’t solitary, all while on the other hand stating that solitary is inhumane and that essentially there can be alternative forms of separation involving more out of cell time and services.  Other elected officials in the City weighed in, including the incoming City Council Speaker Adrienne Adams and the Public Advocate Jumaane Williams, citing the need to end punitive segregation and all forms of solitary confinement. The incoming Mayor’s statements followed a disappointing end to a promising legislative session, in which the New York City Council failed to take action to end solitary confinement, despite a veto-proof supermajority in favor of legislation to ban the practice. With an ongoing crisis at Rikers Island, there is no time for this kind of hesitation or equivocation from the city’s current and future leadership.

Solitary confinement is torture. It causes intense suffering and devastating mental and physical harm. It should have no place in New York City or anywhere. Decades of research have proven that solitary also causes violence and worsens safety for incarcerated people and staff, the very issues the Mayor-elect claims to want to address, by causing people to deteriorate, exacerbating mental health challenges, and fostering aggression. It is also not only reserved for acts of violence, as officials suggest, but often for anyone deemed unmanageable, including people with mental health needs and transgender people.

So long as Rikers remains, and especially during this time of deep crisis, there are other ways to separate individuals if absolutely necessary for the prevention of violence and preservation of human life – ways proven to be more humane and effective. Examples in New York City itself and across the country have shown that alternative forms of separation from the general jail population that involve full days of out-of-cell congregate programming and engagement are actually what work to reduce violence and improve well-being.

Moving away from isolation and toward more effective approaches is imperative now more than ever in the midst of the ongoing deadly crisis of New York City’s jails. In 2021, 16 people have died preventable deaths, some of whom were in solitary confinement. These deaths are a direct result of the egregious, unsanitary and inhumane conditions which have made international news in the past eighteen months – conditions that will continue, and worsen with spiking COVID infections in the City jails, if action is not taken to release people, provide mental health and medical treatment, end solitary, and facilitate educational programming. Mayor-Elect Adams and members of the City Council must end solitary confinement and decarcerate the city’s jails in order to save lives and improve everyone’s safety.

From the perspective of our national campaign, all eyes are on New York City. The incoming City Council and Mayor have an opportunity to move out of the current humanitarian crisis, decarcerate the city’s jails, and lead the country in ending solitary confinement and replacing it with proven alternative forms of separation. New York’s fight against solitary confinement is a flagship campaign driven by solitary survivors, their families, and dedicated, tireless advocates. They have pored resources and research into finding humane alternatives to isolation that are both effective and aligned with international standards against torture. The leaders of New York City must meet with, listen to, and engage with their constituents behind bars, and those who fight in partnership with them on the ground, and must move immediately to decarcerate and end solitary. The world is watching. 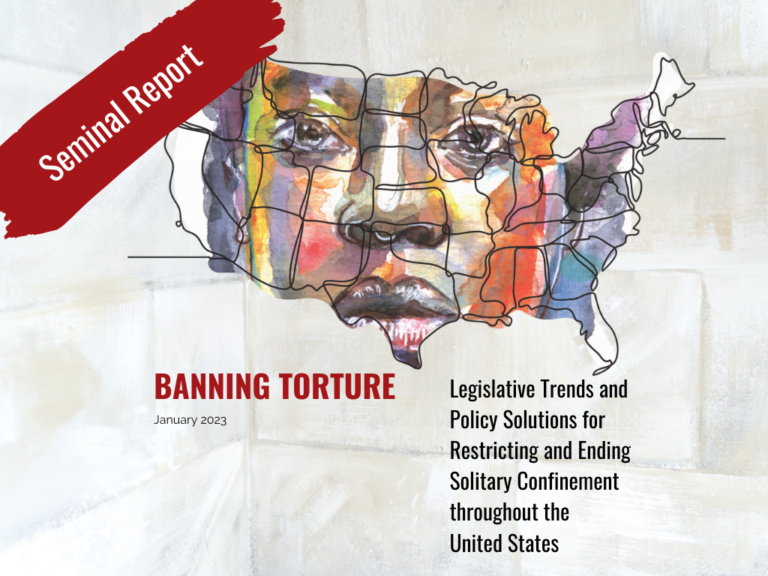