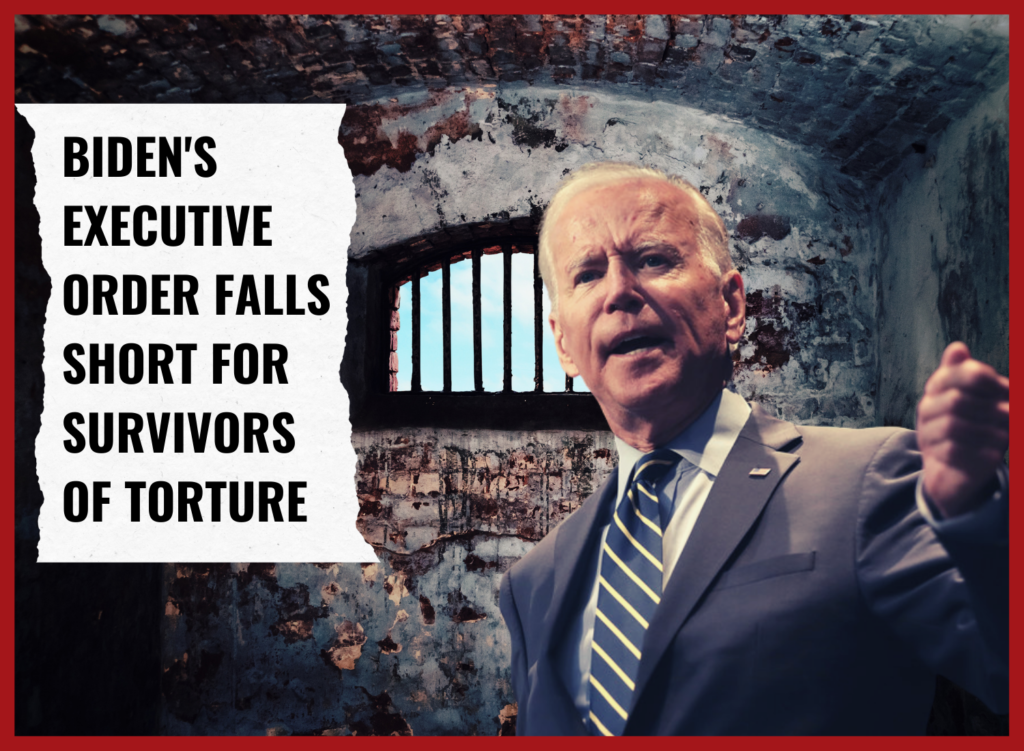 The Attorney General Has 180 Days to Report on the Administration’s Progress in Reducing Solitary Confinement. As It Now Stands, That Report Will be Very Short.

Washington, D.C.- – In the wake of President Biden’s recent Executive Order on Policing and Criminal Justice Practices, people who survived solitary, impacted family members, and other members of the Federal Anti-Solitary Taskforce (FAST) questioned the impact of provisions in President Biden’s recent on Policing and Criminal Justice Practices related to solitary confinement in light of the widespread use of solitary in federal prisons and his and Vice President Harris’s much more far-reaching pledge to end solitary confinement. Under the Order,  the Attorney General now has 180 days to report on progress made toward limiting the use of solitary confinement and other forms of restrictive housing. FAST members urged the Attorney General and Department of Justice to use this time frame to live up to the President’s campaign promise, beginning with ordering the immediate release of people from solitary and other forms of restrictive housing. To assist the Administration in fully ending the torture of  solitary confinement and utilizing proven alternative interventions, the Taskforce has written a Blueprint for Ending Solitary Confinement by the Federal Government and urges the Administration to implement its provisions.

Jessica Sandoval,  Director of the Unlock the Box Campaign, said: “This executive order is a far cry from the President’s and Vice President’s pledges to end solitary confinement. When thousands of people are being tortured right now in federal prisons – many for months and years at a time – much more is needed than calling for a report on progress toward limiting this abhorrent practice. In order to stop torture, reduce suffering, save lives, and make everyone safer, the Administration needs to immediately carry out a plan to end solitary confinement for all people and utilize proven alternative interventions involving full days of out-of-cell group programming and engagement.”

Johnny Perez, Director of the U.S. Prisons Program at the National Religious Campaign Against Torture, said: “The clock is ticking. As of May 26, 2022 there are over 10,700 people in solitary confinement in federal Bureau of Prisons custody, at a rate far higher than the national average of state prison systems. I look forward to seeing those numbers dramatically decrease as the Department of Justice spends the next 180 days releasing people from solitary confinement and moving to end this torture altogether. As someone who has lived through solitary confinement and seen too many people’s lives taken by it, it is torturous and deadly. It causes devastating physical and mental harm to people, and worsens safety inside of prisons and in outside communities. The federal prison system currently inflicts this torture on tens of thousands of people every year, disproportionately Black people, Latinx people, Native people, and other people of color. The President and Vice President both pledged to end solitary confinement, and now is the time for swift action to fully eliminate it.”

According to the Executive Order, it is the Biden Administration’s policy that people in prison must be “free from prolonged segregation”, and isolation must be “used rarely, applied fairly, and subject to reasonable constraints.” However, over 10,700 people on any given day are in some form of solitary confinement in federal Bureau of Prisons facilities alone (not including other forms of federal detention), representing nearly 8% of the total federal prison population. This is a substantially higher percentage than the national average in state prison systems and even higher than in the federal BOP a decade ago before some reductions were made under the Obama administration. Moreover, people currently spend months and years in solitary in federal prisons, far longer than the internationally recognized definition of prolonged solitary confinement as being anything more than 15 days. In federal custody, as in state and local jurisdictions across the country, solitary and other forms of restrictive housing and practices are disproportionately inflicted on Black people, Latinx people, Native people, and other people of color, as well as transgender and gender non-conforming people, people with mental health needs, and young people.

To achieve the policy goals stated in the Executive Order, let alone go further to fully end solitary confinement as pledged, the Department of Justice will have to take significant action in the next 180 days to dramatically reduce the use of solitary confinement and move toward its elimination. This action is long overdue. Experts agree that the sensory deprivation, lack of normal interaction, and extreme idleness of solitary can lead to severe psychological, physical, and neurological damage, heart disease, dramatically increased rates of self-mutilation and suicide, and dramatically increased rates of death even after release. Even one or two days in solitary can cause severe health impacts. Solitary has directly caused the deaths of far too many people, and it has increased violence and harm in prisons, detention facilities, and outside communities. Evidence shows that in fact the opposite of solitary confinement – providing people full days out-of-cell with pro-social engagement and programming – actually increases safety.

The Federal Anti-Solitary Taskforce (FAST) is urging the Biden-Harris Administration and the U.S. Congress to lead the way in ending the inhumane, harmful, and counterproductive practice of solitary confinement in federal jurisdictions, while incentivizing states and localities to do the same. Last June, FAST released a Blueprint for Ending Solitary Confinement which calls on the U.S. government to: